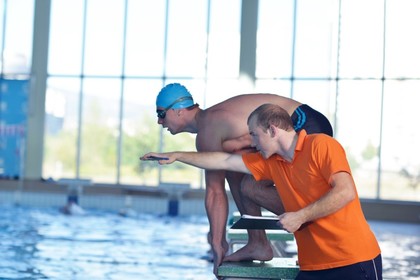 On February 18, 2014, a 19-year-old North Dakota student in a required “Fit for Life” physical education class was found unresponsive in the deep end of the school pool. He died eighteen days later.

On November 14, 2018, a 14-year-old high-school competitive swimmer was found unresponsive during an “open gym” swim practice. He was pronounced dead two days later.

On November 21, 2019, a 14-year-old Oregon high-school swimmer was found dead under the pool covers about 20 minutes after practice had ended. Efforts to revive her were unsuccessful.

There are many more examples of students drowning during swim class or practice.

These tragic events share a common thread: The lack of a separate, certified lifeguard on the scene. While teachers and coaches were certified as lifeguards in most cases, tending to the students’ safety played a secondary role.

Knowing that a dedicated lifeguard — an individual whose sole responsibility is to provide constant surveillance — may have prevented these untimely deaths, I had to ask, “Why?”

Why did management allow programs to occur in these pools without requiring a separate, designated lifeguard?

After more than four decades in aquatics, I believe the standard of care is fairly straightforward: All aquatics programs should be supervised by a well-trained, certified lifeguard whose sole purpose is to vigilantly monitor those in the pool. I don’t think I’m alone in this belief. Plenty of texts, standards and codes among aquatics organizations and municipalities support this contention.

Going back at least to the 1980s, we can find documentation supporting the need for a separate lifeguard.

In 1983, this subject was addressed in the American Red Cross Lifeguarding textbook. Regarding swim classes, practice and swim meets, it stated, “The facility should provide separate lifeguard supervision for additional safety during these activities. One person cannot safely perform the duties of a lifeguard and coach or instructor simultaneously.”

A year later, in an article called, “The RID Factor as a Cause of Drowning,” lifeguarding expert Frank Pia discussed this issue, saying, “...vigilance suffers when lifeguards are distracted from surveillance or when other duties, such as coaching or teaching, intrude upon patron surveillance responsibilities.”

For instance, StarGuard: Best Practices for Lifeguards, Fifth Edition, says, “Constant visual contact with the water, as a dedicated and only task, should be your primary responsibility while on station. The two key words in this statement are constant and dedicated. Constant means that you are not distracted while you are watching the water. Dedicated means that you don’t have any other duties while watching the water.”

They emphasize that lifeguards are to avoid distraction by other duties or tasks — even coaching or teaching. As stated in On the Guard: The YMCA Lifeguard Manual, 2016 Edition, “Even at swim meets, be prepared to assist or rescue a swimmer ... Do not assume that because the participants are competitive swimmers they will never need your assistance. Medical problems, for example, can arise instantaneously, even in seemingly fit individuals.”

And the Model Aquatic Health Code, third edition, outlines the hazards of going without a dedicated lifeguard. “Group swim lessons are an obvious reason to have a qualified lifeguard, as participants are not proficient at swimming, thus at higher risk for drowning,” it says. “Lifeguard training, sports, exercise programs, and competitive swimming involve exertion and could result in a bather in distress. If the instructor is focused on an individual, the risk of a different person drowning unnoticed is higher than if a qualified lifeguard was assigned just to patron surveillance.”

Is it any wonder I continue to ask why?

The most recent incident I cited, which happened in my state of Oregon, hit home.

Having lived and participated in the aquatics industry in the Beaver State for more than 40 years, I knew several of the individuals involved. Being familiar with the current Oregon Administrative Rules (OAR) for Public Swimming Pools, I understood how the school could conduct practice without a separate individual serving as designated lifeguard — although I disagreed with it.

OAR 333-060-0208 (2) (c) states, “Lifeguards may teach lessons or coach swim teams during times when that is the only activity they are responsible for supervising.” This provides a loophole to other sections of the OAR that state a lifeguard must scan and supervise the pool with no distracting activities.

Why is there a specific exemption allowing a coach or swim instructor to also function as lifeguard? When asked by officials looking into current State OARs, the Oregon Health Authority official in charge of the pool/spa program provided his interpretation that “serving as a lifeguard for the pool is an activity that cannot be combined with providing swim lessons or coaching ...” He vowed OAR would be revised and clarified.

I wondered about other state codes. Do they mandate lifeguards any time individuals are in the pool? Do they have exceptions that appear contrary to the codes' main purpose? I began to look at codes not only in states where the previously identified tragedies occurred, but in several others as well. What I found is, in my opinion, alarming.

Of the 17 state codes I reviewed, only one — Pennsylvania’s — specifically required a dedicated lifeguard for swim team practices, learn-to-swim programs, lifeguard training, etc. Most of the others mention or define the term “lifeguard” and stipulate some general guidelines, such as required certifications. But they lack specific rules, requirements and responsibilities for these guards, let alone explanations of their role in this specific context. A couple state codes fail to mention lifeguards at all. One even requires lifeguard stands, but not lifeguards!

Most disconcerting, other states, such as Washington, California and several east of the Rockies, exempt lifeguard requirements even though the standard of care has evolved to require them during all activities. Typically, exemptions apply only during specific programs such as competitive swimming and learn-to-swim courses.

After reviewing these additional state codes, I’m simply left with more questions. Why the discrepancy between a widely accepted standard of care and state administrative rules? Likewise, why do states adopt exceptions to their own, specific, lifeguard requirements?

I decided to delve into how administrative rules and codes are established in Oregon. I learned that these exemptions were promoted by certain members of the committee that updates the Administrative Rules, and that these individuals do not manage aquatics facilities.

I understand that budgets are important, and a separate lifeguard affects the bottom line. But at what point do we concede that money isn’t everything? The safety of those using our facilities is paramount. What if it were your son or daughter?

We must be tenacious in advocating for what we believe is right. We need to be better lobbyists and advocates. Get involved. Contact your state public pools coordinator/manager and inquire as to the process in your specific state. If permitted, become part of the process.

Are all aspects of a public pool’s daily operation truly being represented on the board or committee that writes and updates the codes? In 2018, I found out that, of the 25 individuals on the Oregon Health Authority’s rulemaking advisory committee, there was only one active, day-to-day aquatics manger, an individual with previous aquatics management experience, and a regional American Red Cross representative. I will now be serving on the committee. Think about it: How would it, void of input from aquatics managers in the trenches, steer the development of guidelines and rules you will then be required to follow?

Make a difference. It is time to act.