Tracking the Data: How to Tell an Aquatic Facility's Story 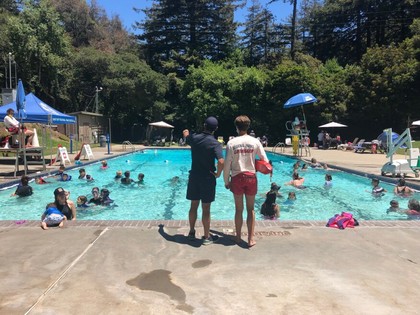 For more than a decade, I’ve written about in-service training drills and how to motivate staff in their frontline leadership role.

I was driven to do this, in part, because I had personally responded to drowning incidents in both guarded and unguarded water. I witnessed the effect that drownings had on my staff and me. These incidents are traumatic. They significantly impact your psyche, as well as how you see yourself and the world. I would question my choices leading up to an incident and, as a supervisor, I would question whether I was providing the right training to my staff. I believed I could do more, and that my team could be better prepared.

As an agency, we transitioned to what I call Preventative Lifeguarding. Before, the only thing we would do to prevent an incident is make a call from the chair. If that didn’t work, then we would rescue them. Then we decided to adopt actions and programs that would reduce or eliminate the behaviors that result in emergencies in and around the water.

Now we take significantly more safety measures before our patrons even get into the water. While there’s such a small window of time to perform a successful rescue, we have a ton of time on our side before they enter the water, or even when they’re in shallow water. So we want to stop the process from ever occurring.

As we implemented these new strategies, in-service training improved, rescue numbers dropped, and drownings within our guarded swim areas ceased. Where before we averaged two drownings per year, now we haven’t experienced one in more than a decade. Rescues dropped from 151 in 2012 to 21 in 2021. Missing persons went from 58 in 2012 to five in 2021.

However, with great results, come new challenges. We had to determine what data would help us develop and implement the most effective prevention measures for our patrons. But we also had to figure out what data would demonstrate the value of these preventative measures during the budgeting process. As time went by, our prevention strategies and data recording evolved.

Every year, I’m required to present to my agency’s Board of Directors information about the performance of the Lifeguard Service. A decade ago, my first presentations would include data points on number of:

But as the Lifeguard Service transitioned into preventative lifeguarding, my rescue and drowning numbers dropped. This led to a dilemma: What is the Lifeguard Service doing if there are fewer rescues and drownings? This question was asked whenever budget years were tight, new board members were elected, or new administrators arrived at the agency.

I knew that if didn’t defend or change my narrative, my budget would be cut, and my staff would be reduced, even though my annual attendance remained the same — roughly 500,000 patrons visiting 11 aquatics facilities. I had to identify and measure the preventative actions that occupied 99% percent of my lifeguards’ time, and I needed to provide an in-depth picture of what it takes to keep patrons from drowning and needing rescue.

I reviewed the data points I had been using and realized that not many of them could be viewed as drowning-prevention actions. Only the number of swim lessons given, and water safety presentations could easily be translated to drowning prevention. I could add number of junior lifeguards but that would be an indirect data point. I was in need of more drowning-prevention data points.

I was able to drill down into the current data and draw out the following:

• Number of service hours provided to the public

• Time of operation when the rescue occurs

• Location of rescues (within an aquatic facility, or incident caused by moving water or aquatics feature)

• The different types of rescues that were made (reaching assist, full rescues, or spinal incidents)

• Was the rescued person wearing a life jacket?

All these data points are great at identifying the hours committed to serving the public and identifying when, how, where, and why rescues occur.

Responding to the data

As a next step, we needed to analyze the data to develop our best drowning-prevention strategy.

For example, the data indicated that drownings were mostly occurring between 1:00 and 6:00 in the afternoon. We determined this happened because children were becoming tired due to overexertion, and adults were losing track of their children in the afternoon.

In response, we implemented three swim breaks – 15 minutes each at 1:00, 3:00 and 5:00. This would address the child’s fatigue level. The child could rest, eat, rehydrate, and reapply sunscreen, while the parent or guardian could assess their charge’s ability to continue swimming safely. It was breaking that chain of exhaustion, and reconnecting them to the parent.

Also to address fatigue, we implemented a lifejacket loan program. If a child is tired but the parents wants them to continue swimming, they have something to support them. Lifeguards lend out life jackets to patrons with no or poor swimming ability.

We also found that incidents were more likely to occur during shift rotation. So we set up stronger observation of the shift change out of the towers. Before, the head lifeguard and assistant head lifeguard would serve in the rotation. But we pulled those positions out of the rotation so at least one supervisor was on duty to watch the shift changes and make sure there is no delay, distraction or drop in surveillance.

So, what do lifeguards do that can be identified as a preventative action?

Lifeguards make preventative calls, such as “Move into shallow water,” “Swim with an overarm stroke,” or “No breath holding activities.”

They search for lost children, reunite found children to guardians, and educate parents and guardians on child supervision and water safety.

Lifeguards provide swim tests, for instance, verifying that patrons going into deep water have the ability to swim a specific distance using a front crawl or breaststroke without stopping or touching the bottom.

An agency can also initiate and track a number of drowning prevention measures.

They work with families to identify and wristband all non-swimmers. They organize life jacket giveaways for children and adults, helping to keep patrons safe, especially when bundled with water-safety education. Manikin or silhouette drops are a prevention measure tool that verifies that a lifeguard is fully scanning the water both at the surface and on the bottom of the pool. Readiness assessments done internally, as well as external audits, also serve as preventative measures.

These days, I use a significantly different list of data points in my presentations. Here is the current list, with the new data points italicized:

• Number of swim lessons given

• Number of swim lesson scholarships given

• Number of junior lifeguard scholarships given

• Partnerships with community based organization

• Several photos of existing programs or photos that lead to testimonials

• Number of swim tests given

• Number of life jackets lent out

• Number of life jackets given away

As an industry, we need to address all preventative efforts being done by lifeguards to keep people from drowning. Drowning prevention measures should be identified within your agency — and then tracked. Then they can be quantified and collected by local, regional, and state organizations. Those organizations can work together to bundle their data with other states and national organizations, then interpret it and advocate for change in national policy. Tracking drowning prevention data is one way we can help make effective change in reducing drowning mortality.