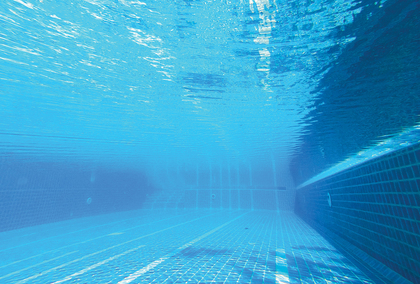 The pool/spa industry is experiencing yet another byproduct of the historic pool and spa demand brought on by the pandemic, this one having to do with standards.

In 2017, the code governing drain covers — ANSI/APSP/ICC 16-2017 — was updated. The new edition adds extra steps for drain-cover manufacturers, as well as the contractors who apply them in commercial installations.

And, because this particular standard is cited in the federal pool/spa safety law, there is some confusion as to its applicability.

In the new version, drain-cover manufacturers must provide flow ratings for each pipe size and sump depth that could be used in applicable drain systems.

In the standard, “sump depth” does not refer to the depth of the physical sump below the cover. Instead, this means the distance from the surface of the pool floor to the point of first contact with the pipe. If the plumbing runs vertically from the bottom of the drain, this measurement would go from the pool floor surface to the pipe opening. If the pipe enters horizontally on the side of the drain, the measurement would go from the pool-floor surface to the closest side of the pipe.

The update adds an extra step in the field as well. When using drain covers made after this date, designers and contractors must make sure their flow ratings match the pool’s hydraulics.

Some confusion has arisen as to when the new version of the standard applies. Two triggers render it applicable. First, the cover in question must be made after the May 24, 2021. Secondly, the state or municipality must have adopted the 2017 edition of the standard, or any code that cites it. For instance, the International Swimming Pool and Spa Code (ISPSC) requires compliance with whichever edition of APSP-16 is most recent.

Technically, the standard also applies to commercial pools in states that haven’t adopted it. This is true because APSP 16-2017 is named in the Virginia Graeme Baker Pool and Spa Safety Act, the federal law pertaining to pool/spa safety. However, the federal government doesn’t enforce the standard.

Still, designers, developers and contractors overseeing commercial pools may do well to follow the standard for covers labeled “APSP-16 2017,” whether or not the local authority has adopted it If any type of incident occurs at a pool or spa, even if it’s not a suction entrapment, plaintiffs attorneys will call for an inspection. If they find that the drain cover does not comply with federal law, it could affect the case, said Steve Barnes, technical committee chairman for the Pool & Hot Tub Alliance, which oversees writing of the drain standard.

The new standard has presented some challenges for oddly shaped or sized drains, especially those on existing pools.

“New construction is not a big deal — there are plenty of options out there,” Barnes said. “It’s what do you do with oddball products that have been around since 1958.”

Because drains made before the 2021 cutoff do not require the extra flow-rating certifications and the complications that come with them, some have tried to use the older covers when possible. But because of the high demand, supplies are running out, leaving just the newer covers, or older covers in less popular colors.